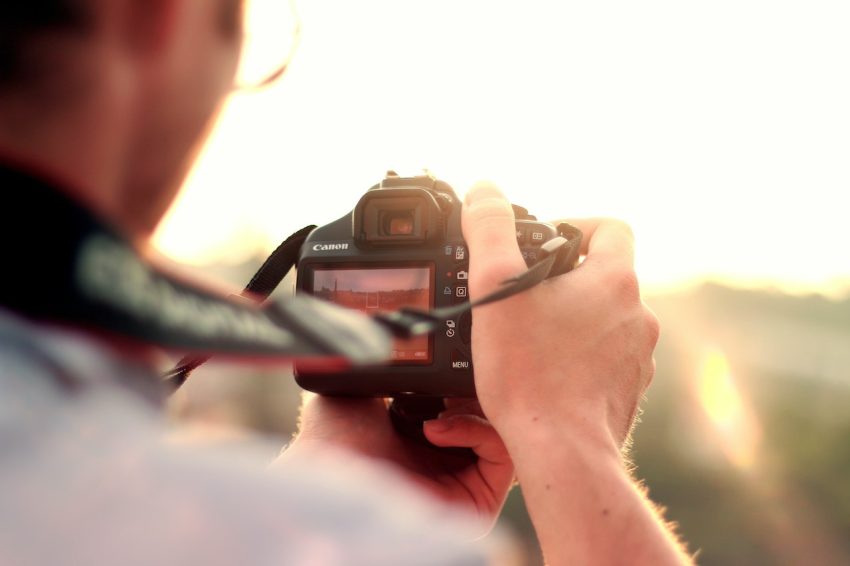 In 1839, photography was invented by a man named Louis Daguerre. He was a French artist and photographer. He developed a way to capture an image and fix it on a metal plate.

What is the first photograph ever taken?

What is the first photograph ever taken?

The first photograph was taken on a camera obscura in 1826 by Joseph Nicéphore Niépce.

The history of photography is a long and complicated one, with many different people playing a role in its development. However, some historians believe that the first photograph was taken by Joseph Nicéphore Niépce in 1826.

Niépce was born in France in 1765. He was a self-taught scientist who became interested in photography in the early 1800s. In 1826, he managed to create the first photograph using a process he called heliography. This involved using a camera obscura to project an image onto a plate coated in bitumen of Judea, which then reacted to the light. Niépce’s photograph was of a view from his window in Le Gras, France.

Although Niépce’s photograph was a significant achievement, it was not widely known at the time. In fact, it was not until 1839 that Niépce’s son, Nicéphore-Henri, made a print of the photograph and showed it to the world.

Despite Niépce’s groundbreaking work, he is not always credited as the inventor of photography. Some historians believe that the credit should go to Louis Daguerre, who developed a rival process called daguerreotypy. Daguerre was born in France in 1787 and was a painter and photographer. He began working on photography in 1829, and in 1839 he unveiled the daguerreotype, the first practical photographic process.

Read also  What Is Shutter Speed In Photography

So, who was actually the first person to invent photography? This is a difficult question to answer, as there were many different people involved in its development. However, historians generally credit Joseph Nicéphore Niépce as the creator of the first photograph in 1826.

Was there photography in the 1700s?

In the 1700s, photography was still in its early stages of development. There were no cameras as we know them today, and the process of taking a photograph was a lot more complicated. Nevertheless, some photographers were able to achieve some impressive results using primitive photographic techniques.

The first photographs were taken in the early 1800s, and the process involved coating a sheet of paper with silver nitrate and then exposing it to light. The resulting image would be “fixed” by washing it in a fixative solution.

Despite its limitations, photography was quickly embraced by the general public. In the early days, photographs were seen as a curiosity and were often used for advertising purposes. By the mid-1800s, photography had become a popular means of capturing family memories.

Despite its slow start, photography eventually became one of the most important mediums of communication and storytelling. It has played a significant role in documenting the history of the world and has helped to preserve the memories of generations of people.

Read also  What Is Street Photography

How old is the oldest photo?

How old is the oldest photo?

This is a difficult question to answer, as there is no definitive answer. The oldest known photograph is a daguerreotype of a man named Louis Daguerre, taken in 1838. However, there are earlier photographic processes, such as the 1826 heliograph.

It is possible that older photographs still exist, but have not been discovered yet. There are also photographs that are claimed to be older than the 1838 daguerreotype, but these are difficult to verify.

The process of taking a photograph was not invented until 1839, so any earlier photographs would have been taken using other methods.

Why did they not smile in old photos?

Smiling is a natural reaction to happiness, so why did people not smile in old photos?

There are a few reasons why people might not have smiled in old photos. For one, back in the day, cameras were expensive and not everyone had access to them. As a result, people may have been more reserved in front of the camera.

Furthermore, in the days before Photoshop, people had to sit for hours while a photographer painstakingly developed and printed photos. As a result, people may not have smiled because they were uncomfortable or bored.

What were photographs called in the 1800s?

Photos in the 1800s were called “daguerreotypes.” Named for Louis-Jacques-Mandé Daguerre, who invented the photographic process in 1839, daguerreotypes were among the first photographs ever created. They were very popular in the 1800s, and many people had their portraits taken in this format.

Daguerreotypes are created by exposing a silver-coated copper plate to light. The light creates an image on the plate, which is then developed using a mercury vapor. The image is then fixed in a salt bath, making it permanent.

Daguerreotypes are quite fragile, and typically have a metallic sheen. They are also quite expensive to produce, which is why they were mostly used for portraits in the 1800s. Today, they are considered to be a rare and valuable form of photography.

The answer to this question is a little bit complicated. The first photos were actually black and white, and it wasn’t until the 1930s that color photography was invented. However, it was a long time before color photography became common.

The first photos were taken in 1826 by Joseph Nicéphore Niépce. These photos were black and white, and they were not very good quality. They were taken with a camera that Niépce had invented called a heliograph.

In 1839, Louis Daguerre invented the first practical photographic process. This process was called the daguerreotype, and it produced photos that were in black and white.

The first color photos were taken by a man named John D. Widener. Widener used a process called three-color photography to create his photos. However, this process was not very popular, and it was not until the 1940s that color photography became more common.

Today, color photography is very common. Almost all photos are taken in color, and most photos are also printed in color.